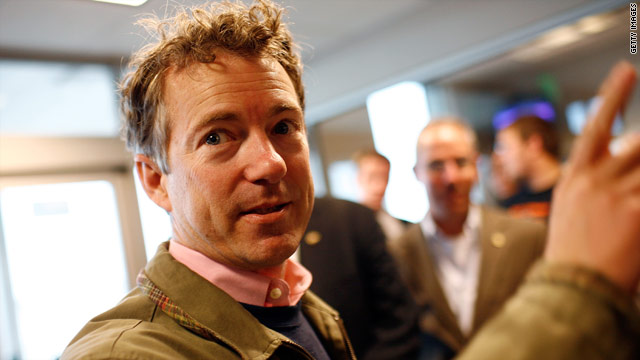 Washington (CNN) - Kentucky Sen. Rand Paul is tamping down suggestions Rep. Michele Bachmann's planned response to President Obama's State of the Union Address is the latest sign of potential strife between the Tea Party movement and the GOP establishment.

Speaking on CNN's American Morning, Paul, himself a favorite of the Tea Party movement, said Bachmann's address isn't much different from the comments many Republicans will offer after Obama speaks.

"I'll be asked to comment, too," Paul said. "A lot of different senators and congressmen make comments. Only one official one the Republicans give and I think that is fine because you can't have ten different responses."

But Bachmann's response will go beyond a typical comment on Obama's speech. Instead, she is set broadcast her own response in a carefully choreographed event sponsored by the Tea Party Express. It will air on the group's website as well as its partner programmer, TeaPartyHD.com. CNN will also carry the speech live.

"I think you get a variety of opinions and all Republicans aren't the same, but I don't see it as trying to usurp somebody else's prerogative. I think one main Republican message, but other voices as well."