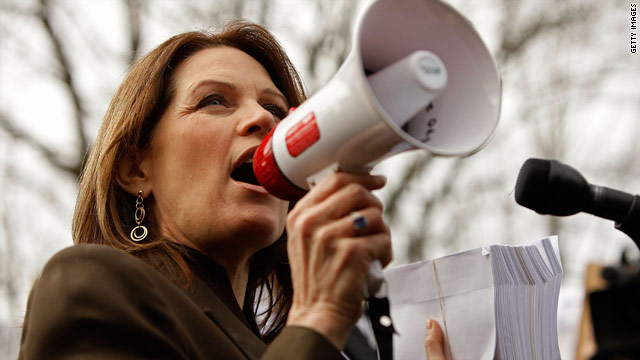 While it may have appeared that way to viewers watching on CNN, Bachmann was actually addressing the camera of the Tea Party Express, the group that had invited the congresswoman to deliver a response to the State of the Union. The feed from that camera was used to stream her remarks live on the organization's web site.

Still it's likely many more saw Bachmann's remarks on CNN, where it appeared the three-term Minnesota Republican was looking slightly off screen. The camera CNN took to air was actually supplied by Fox, who shot the event on behalf of all the news networks as part of the rotating network pool coverage. Fox ran Bachmann's speech at a later point Tuesday night on tape delay.

Bachmann's delivery was subsequently mocked by a number of left leaning commentators and no less than David Axelrod, a top adviser to President Barack Obama, who afterwards in an interview with MSNBC said, "Am I looking at the right camera?"