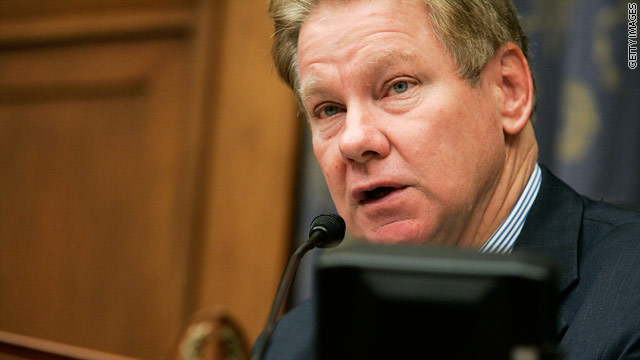 (CNN) – Tom Davis, the former Republican congressman who has become a leading moderate voice within the party, says it remains to be seen if the Tea Party movement will prove to be a positive force within the GOP's fold.

"The courtship between the [Republican] Party and the Tea Party at this point is ongoing," the former seven-term Virginia congressman told a gathering of reporters Wednesday. "It's a trust-but-verify thing. At one point the Tea Party had a higher approval rating than the Republican Party, but of course they've never had to govern anything."

But Davis, the president of the moderate-leaning Republican Main Street Partnership, added the Tea Party movement doesn't quite make him nervous yet, so long as they can prove to peacefully co-exist within the GOP's framework.

"Coalition changes are usually uncomfortable for some people," he said. "But parties are nothing but a coalition of interest groups."

Davis' comments follow President Obama's State of the Union address, after which two Republican's delivered a response – one, Rep. Paul Ryan, on behalf of the GOP and the other, Rep. Michele Bachmann, on behalf of the Tea Party movement. The visual of two Republicans delivering separate responses to the president was a stark sign to some that the Tea Party movement has yet to fully embrace the GOP as their home.

"Their ability either to be absorbed by the Republican Party or to …go a third way is yet to be determined," said Davis.

The next test for the Tea Party could be the strength they wield in nominating a Republican presidential candidate – a process that in recent election cycles has been dominated by socially conservative members of the party.

But Davis already sees clear signs social conservatives may play a secondary role in the upcoming primary season as a result of the Tea Party's energy - none more clear than the invite list for the Conservative Political Action Conference next month, traditionally a gathering of only bona fide social conservatives.

"CPAC has focused on bringing in people of varying backgrounds this time and are being boycotted by various social conservatives," he said. "So I think that says a lot.