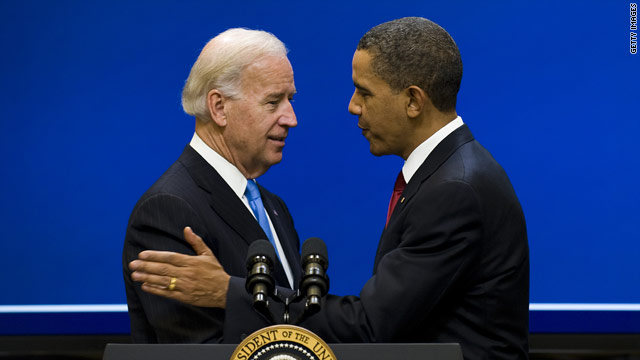 Washington (CNN) - Campaign politics may partially be behind the choice of Wisconsin and Indiana as the states President Barack Obama and Vice President Joe Biden are visiting on the day after the State of the Union address.

Obama won the state by 14 points over Sen. John McCain in the 2008 presidential election. But last November Republicans made major gains in Wisconsin. The GOP won back the governor's office, a Senate seat and two House seats in the midterm elections.

The vice president pays a visit to Greenfield, Indiana, Wednesday, where he'll tour a plant that builds lithium-ion battery systems. Obama and Biden narrowly won Indiana, the first Democratic ticket to take the state in decades. But Republicans had a big November in Indiana, capturing a Senate seat and two House seats in the midterm elections.

Both states, as well as the entire midwest region, are expected to play a crucial role in the next presidential election. A CNN/Opinion Research Corporation poll released Monday indicates that Obama has a 61 percent approval rating in the midwest, six points higher than his national approval rating of 55 percent.