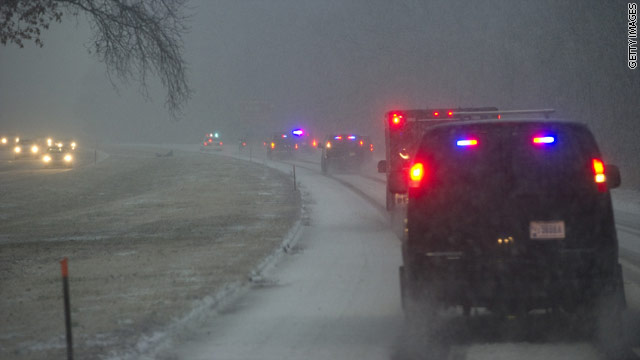 Mother nature waits for no one, not even the president

After a day trip to Wisconsin Wednesday following his State of the Union Address, President Obama returned to a sleeting and snowing Washington, D.C. What is usually a 10-minute or less helicopter ride aboard Marine One from Joint Base Andrews, formerly known as Andrews Air Force Base, turned into a nearly one hour motorcade ride from the base where Air Force One landed, to the White House, according to pool reports.