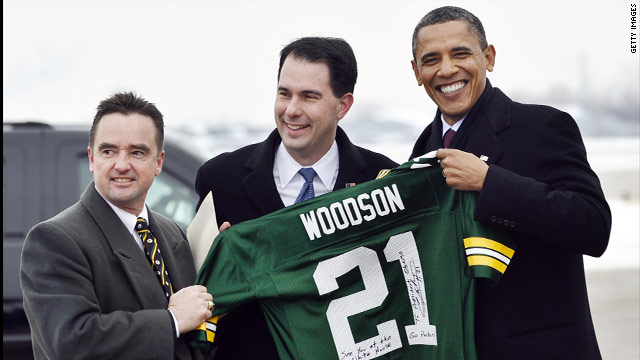 Obama: 'They're rubbing it in!'

(CNN) – As things go for fans of the Chicago Bears these days, President Obama would probably have enjoyed a different arrival ceremony than the one he received in Green Bay, Wisconsin on Wednesday.

As Air Force Once touched down in the chilly home of the team that ousted his beloved Bears from the NFL playoffs last weekend, Obama was presented with a Packers jersey that bore his name. "They're rubbing it in," Obama said to reporters on the tarmac as he accepted the jersey from Wisconsin Governor Scott Walker, and James Schmitt, the mayor of Green Bay.