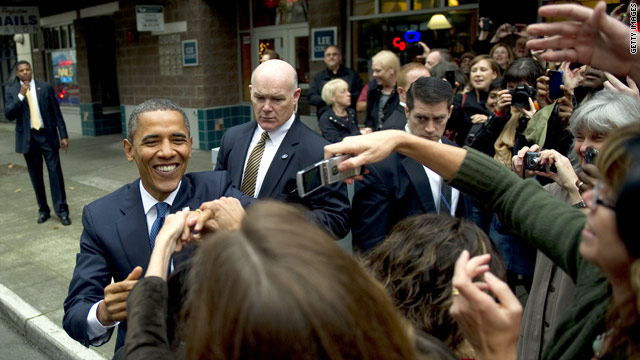 Washington (CNN) - The morning after the president's State of the Union speech, politicians are already looking to 2012. In a joint press conference Wednesday morning, Sen. Ron Johnson, R-Wisconsin, and newly-minted RNC Chairman Reince Priebus discussed Obama's day trip to Wisconsin with reporters, focusing on the role the state is expected to play in the 2012 elections.

"We welcome President Obama, and I'm sure we'll see him a few times between now and 2012," Johnson told reporters "Wisconsin will be a battleground state for 2012, which will be good for us . . . when we drive into Wisconsin we want the signs to say 'Open for Business.'"

When asked by CNN how much campaign effort the RNC would be focus on the state for 2012, Reince Priebus said simply "Barack Obama's [election] map does not add up without Wisconsin being in his column. But the state will be red in 2012."

The President is expected to tour several businesses including an energy company on Wednesday during his visit. When asked what he expected to hear from the president, Johnson said "conservative rhetoric," but added that "actions speak louder than words".