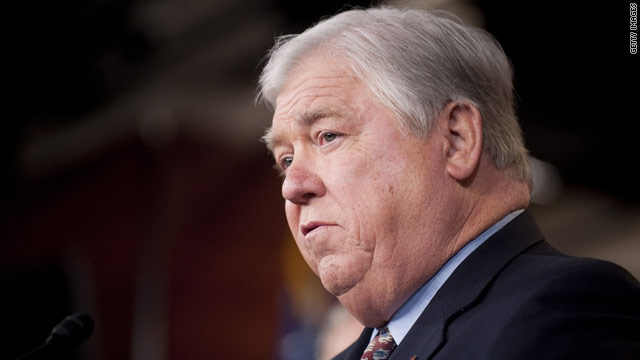 Barbour promises 'serious' campaign if he runs in 2012

Washington (CNN) - Mississippi Gov. Haley Barbour told a room of South Carolina Republicans Wednesday that if he decides to seek the GOP presidential nomination, it will be a "serious" campaign.

"If I get in this thing, it's going to be a serious effort," Barbour told a crowd of roughly 30 Republican movers and shakers in Spartanburg, according to longtime GOP fundraiser Barry Wynn, who was in the room.

The Spartanburg meeting was one of two closed-door sessions organized Wednesday by political strategist Chip Felkel to introduce Barbour to GOP influentials in the early primary state. The other meeting was held Wednesday morning in nearby Greenville.

Wynn, a former chairman of the South Carolina Republican Party, told CNN that Barbour said he has yet to make a decision about his political future. But, Wynn noted, "My view is he is prepared to get serious."

"I think that he is kind of laying the foundation, and doing the things you have to do to see whether or not you want to devote a year and a half of your life to this," Wynn said.

Wynn said he's confident that Barbour, a former chairman of the Republican National Committee and Republican Governors Association, has the political smarts to run a savvy presidential campaign.

"If he gets in, I think he will be jet-propelled and it won't be timid," Wynn said.

Wednesday's meeting in Spartanburg, held at the downtown office of South Carolina GOP Chairwoman Karen Floyd, did not sit well with another former party leader.

Katon Dawson, who helmed the state party from 2002 until 2009, said it was "inappropriate" of Floyd to host a private meeting with a possible presidential candidate at the offices of her communications consulting firm.

Floyd's term is up in May 2009, and both she and Dawson are likely to be asked to sign on to presidential campaigns as state-level advisers.

Dawson said the private meeting casts doubt on Floyd's ability to be impartial when dealing with a potentially large field of presidential candidates.

"To have a closed-door private meeting with one of the potential candidates in the midst of negotiating a debate and the First-in-the-South primary, I would not think that's appropriate," Dawson told CNN.

Joel Sawyer, a spokesman for the South Carolina GOP, disputed that charge, saying that Floyd hopes to hold meetings with all of the Republicans considering presidential bids in 2012.

Wynn also said he has no problem with Floyd's participation in the Barbour confab.

"My view is that it's perfectly appropriate to do that, as long as you're willing to do that for any legitimate candidate who happens to come by," Wynn told CNN.