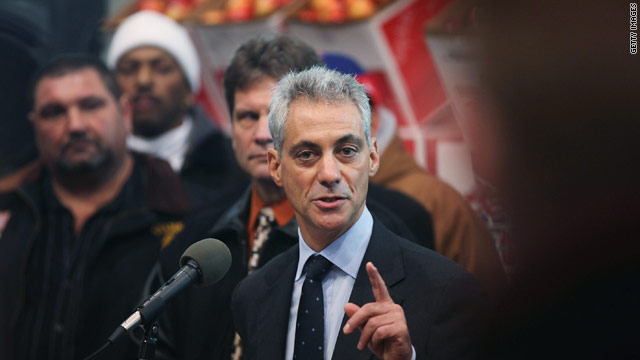 Chicago mayoral candidates to face off

(CNN) – Candidates in Chicago's mayoral race will debate Thursday night as the planned Monday start of early voting in the contentious race looms.

All of the major candidates - Gery Chico, Miguel del Valle, Carol Moseley Braun and Rahm Emanuel - are expected to attend; although Emanuel may have to withdraw if the Illinois Supreme Court rules definitively that he is ineligible to run for mayor, according to CNN affiliate WGN.

Emanuel's candidacy remains uncertain as the state Supreme Court considers a previous appellate court ruling that the former White House chief of staff does not meet the state's residency requirements for mayoral candidates. The Supreme Court granted a stay on that decision and agreed to a motion for an expedited ruling, but has not announced a final verdict. For now, the court has ordered that ballots for the rapidly nearing election be printed with Emanuel's name on them. The election is set for February 22.

Thursday's debate will take place at 8 p.m. EST, and is sponsored by the Chicago Tribune and the City Club of Chicago.