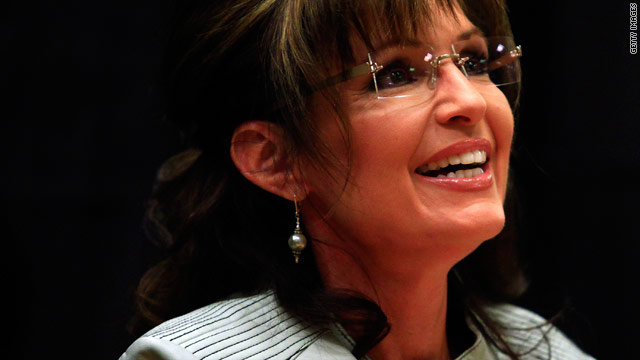 (CNN) – Sarah Palin has a response to President Obama's State of the Union address: "WTF?!"

Making light of the acronym for the new White House initiative "Winning the Future," which inconveniently shares the same as that of "What the (blank)," Palin told Fox News Wednesday the president's speech was riddled with "a lot of WTF moments."

"His theme last night was WTF, winning the future," Palin also said. "I thought, okay, that acronym – spot on."

Specifically, Palin said it was a "WTF moment" when the president derided an increase to the federal deficit.

When he made the statement ..that he believed that we can't allow ourselves to, I guess, eventually become buried under a mountain of debt. That right there tells you he is so disconnected from reality! The problem is, we are buried under a mountain of debt, and jobs cannot be created by the private sector," she said. Palin also expounded on her comments in Facebook post Thursday morning.

And when it comes to the president's declaration that America has reached another so-called "Sputnik moment," Palin said, "That was another WTF moment, when he so often repeated this Sputnik moment that he would aspire Americans to celebrate."

Palin isn't the first to comment on the unfortunate acronym for the Winning the Future initiative. Almost immediately after the president announced it Tuesday, "WTF" quickly buzzed around Twitter.