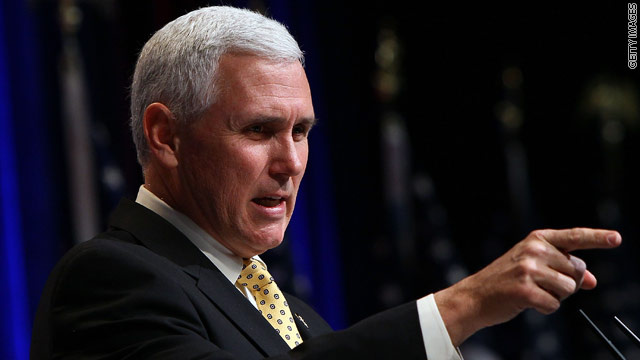 Pence, who finally revealed his plans to the Indianapolis Star on Thursday after a lengthy cat and mouse game, has not said for certain that he will seek the Indiana governorship, though Hoosier State Republicans widely expect him to do so.

Pence was on the other end of the first recruitment call that Texas Gov. Rick Perry made after taking over the chairmanship of the governor's group late last year. The source called the recruitment effort "intense."

And on Wednesday, hours before Pence apparently finalized his decision, two more RGA heavyweights - Vice Chairman Bob McDonnell of Virginia and Executive Director Phil Cox - met with the congressman in Washington to urge him to run for governor.