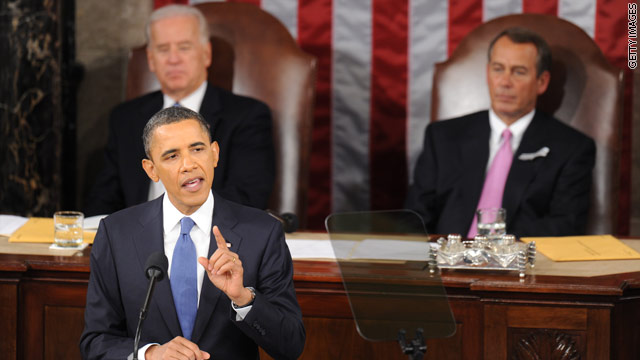 Washington (CNN) - It's easy to see why any politician would want to avoid making huge promises on the deficit. After all, it's out of control, unpredictable and chances are you'll fail anyway.

That's because any pollster will tell you that while people always say they want the deficit fixed, they never believe they're part of the problem. So they won't hear of reducing Medicare and Social Security, which amount to nearly a third of the domestic budget. That kinda rules out any serious discussion.