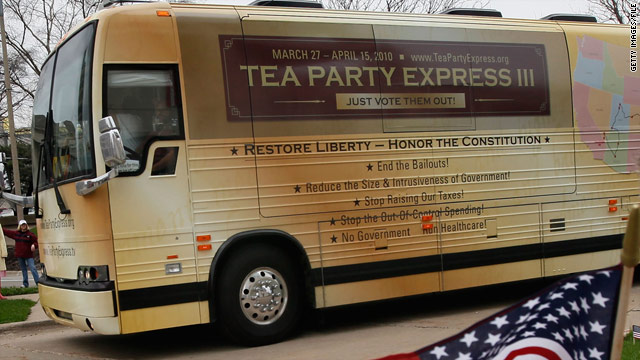 Washington (CNN) - As the GOP on Capitol Hill continues the process of peacefully incorporating newly-elected Tea Party members into its fold, a new poll shows close to 90 percent of Republicans says its important the Tea Party's ideas are given significant weight within the party going forward.

Expanded to all adults, the survey reports nearly seventy percent wan the Tea Party to play a key role within the GOP.

This comes nearly a week after one of the initial conflicts between the Republican Party and Tea members when two Republicans delivered a response to President Obama's State of the Union address.

Overall, Republicans are split on their approval of the movement, with 47 percent giving it a favorable and 42 percent saying they do not like it. Meanwhile, 30 percent of all Americans identify themselves as a supporter of the Tea Party movement.

The survey included telephone interviews with 1,032 adults between January 14-16 and carries a sampling error of 4 percentage points. In the questions broken down by party, the sampling error is 5 percent.