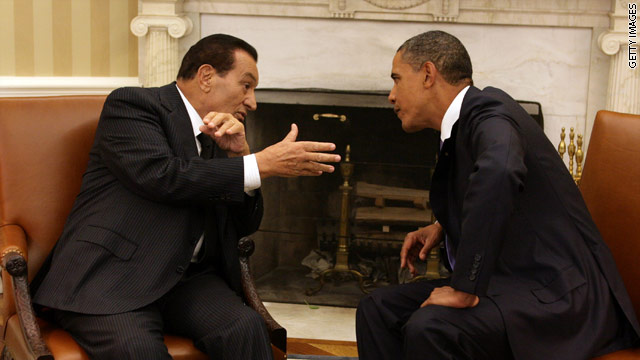 In a brief statement to reporters at the White House, Obama pledged continuing U.S. support for both a longtime ally and the aspirations of protesting Egyptians, whose eight days of growing demonstrations led to Mubarak's dramatic announcement on state television.