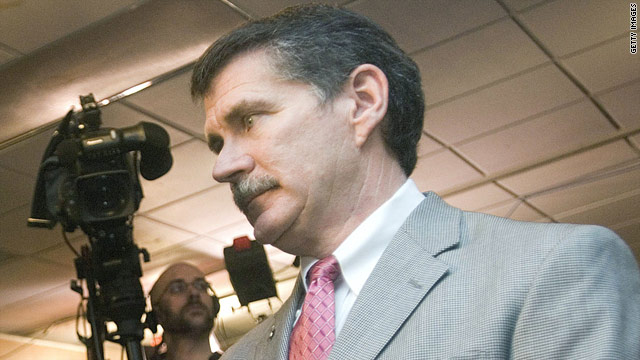 Washington (CNN) - Rep. Denny Rehberg is expected to announce that he is running for Senate, giving Republicans a strong challenger in Montana to Sen. Jon Tester, a Democrat elected in 2006.

The congressman will make his candidacy official on Saturday, a Republican with knowledge of Rehberg's decision confirms to CNN. The Republican would only speak on the condition of anonymity.

Rehberg was first elected to the House in 2000 and was easily re-elected in 2010.

Five years ago, Tester defeated Sen. Conrad Burns, a Republican who was seeking a fourth term to the Senate, by more than 3,500 votes.

But Rehberg's entry into the race provides Republicans the strongest challenger the party could field against the Democratic incumbent. In many ways, Rehberg acts like a senator and has statewide name recognition because he is the only congressman representing Montana. Congressional districts are based on population and Montana only has one House seat.

The GOP has won Montana in the past two presidential election cycles, although then-candidate Barack Obama outperformed the 2004 Democratic nominee John Kerry by 17 percentage points.

Democrats, who control the Senate majority, must defend 22 seats in 2012, compared to the 10 seats Republicans currently hold.