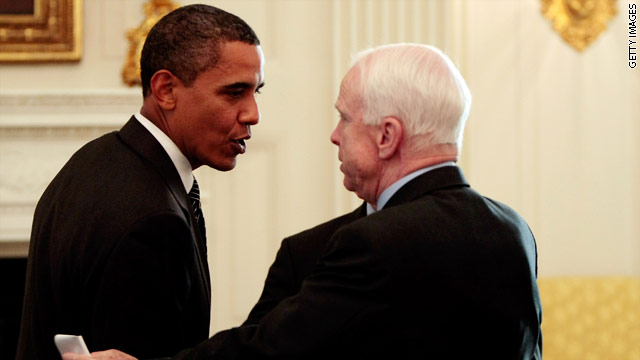 McCain to meet with Obama

The White House announced the closed press Oval Office meeting Tuesday. They last met at the memorial service in honor of the victims of the Arizona shooting in Tucson.

Obama will meet with Democratic Sen. Jeff Bingaman of New Mexico later in the afternoon.