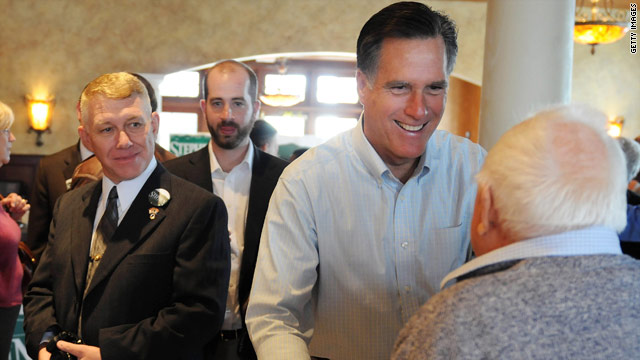 Washington (CNN) - Mitt Romney made clear Tuesday he has an answer to critics who say the health care plan he enacted as governor of Massachusetts inspired the national law so fiercely opposed by Republicans.

In an interview on The View, Romney said his plan for Massachusetts – which like the national one mandates coverage – was never designed to be applied to other states.

"We addressed a problem in Massachusetts that was designed to solve problems for the people of Massachusetts," Romney during his appearance on the daytime talk show Tuesday. "But it is wrong and unconstitutional to take what is designed for one state and say we are going to apply that in every state."

It's not the first time Romney has confronted the question of how he can square his fervent opposition to President Obama's health care plan when it bears striking similarities to the one he helped enact, but it is one the former presidential candidate will likely face again and again if he launches a presidential bid.

The comments come a day after top Obama aide David Axelrod needled Romney over the Massachusetts measure, saying, "We got some good ideas from him."

Meanwhile, Romney refused to say whether he had made a final decision about running for president but said his wife Ann is "full steam ahead" when it comes to the issue.