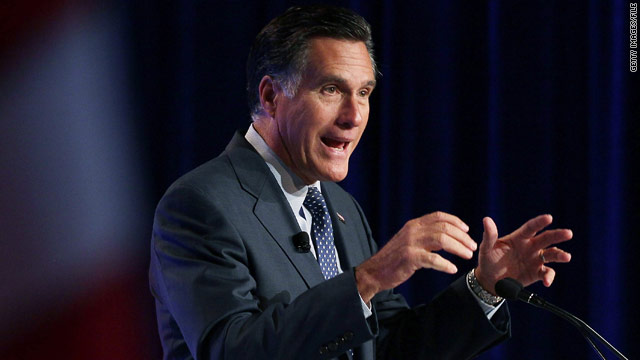 "I believe she is an extraordinarily powerful and effective voice in our party, that she has generated a great deal of support and attention, that she'd be great in a primary process," Romney said Tuesday on CNN's "Piers Morgan Tonight." "She'd bring attention to the process, and frankly, the more people we have on the stage in those debates talking about different ideas and different approaches, the better."

Although he wouldn't speculate on whether he could beat her in a potential matchup, he was quick to volunteer the opinion of his wife, on his run.

Even though the former 2008 presidential candidate said he too would have lost to Barack Obama in the last election, if he were president now he would "reverse all of the policies that have made America one of the least friendly places to start new businesses."

"This administration, while saying they hope to make things business friendly, have done just the opposite," Romney said.

He also would not label Egyptian President Hosni Mubarak a "dictator."

"He is the leader of his country, he is a monarch-type figure," Romney said. "I probably would avoid the term 'dictator.'"

While Egypt experiences dramatic political changes – including the announcement from Mubarak that he will not seek reelection – Romney said it is important that America stand with democracy but not impose an American system in other parts of the world.

"This after all was an administration which has been friendly with us, has had agreements with us to protect the stability of Israel, our ally," Romney said. "We can't just say we're going to rip everything apart and fashion your nation the way we'd like it to be."