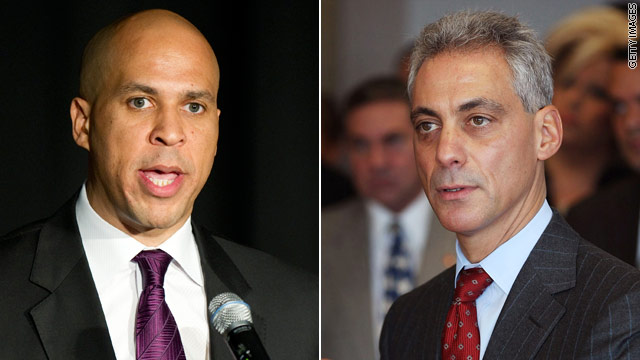 Washington (CNN) - Snowpacalypse, beware: Chicago mayoral candidate Rahm Emanuel is ready-and waiting-for you. In fact, snow-readiness could almost be a competition, if you ask him.

On Tuesday the former White House Chief of Staff tweeted a challenge rebuttal to Newark city mayor Cory Booker about his recent snow prowess: "@CoryBooker I'll show you who's 'shovel-ready.'"

Booker famously helped constituents during the first major snowstorm to hit the eastern seaboard by driving a snowplow and helping area residents, while tweeting along the way.

In response to a tweet from one of his followers that called for a "Booker v.@RahmEmanuel Highlander-style shovel-off" Booker wrote "Rham rocks! But (forgive the Khrushchev quote) 'I will bury u!'" prompting Emanuel's response, sans spelling correction.