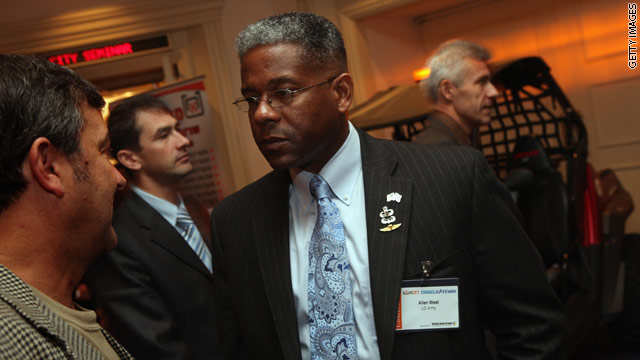 The tense exchange drew boos from a standing room only, largely Republican crowd.

The confrontation came as West, an Iraq War veteran who was backed by the Tea Party in last November's election, took questions from constituents. Nezar Hamze, executive director of the Council on American-Islamic Relations in Miami, stepped to the microphone and accused West of making anti-Muslim comments in the past.