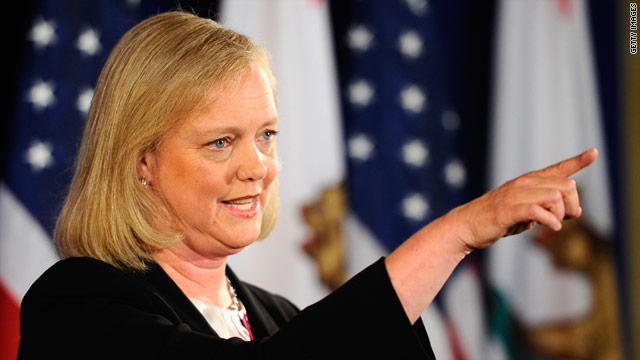 Washington (CNN) - We knew Meg Whitman had set a record in her failed bid to be the next California Governor. We now know the details: the Republican nominee and former eBay CEO spent $178 million, including $144 million of her own money.

That is a record for spending in a non-federal race and makes her the biggest self-funding candidate in U.S. history. Democrat Jerry Brown spent less than a quarter of what his opponent did: $36 million.

Now Brown, in his second stint as the state's chief executive, has bigger financial worries as he tries to find ways to stem California's growing red ink. Facing a budget deficit of more than $25 billion, Brown is urging the state legislature to put on the state ballot proposals for hiking income and sales taxes.

"At this moment of extreme difficult, it behooves us to turn to the people and get a clear mandate on how we should proceed – either to extend the taxes, as I fervently believe, or to cut deeply into the programs from which, under federal law, we can still extract the sums required," Brown said Monday night in his State of the State address.

Two-thirds of lawmakers have to agree to put the tax measure on the ballot.

Even if the tax measure is approved, Brown's budget still calls for spending cuts of $12.5 billion.