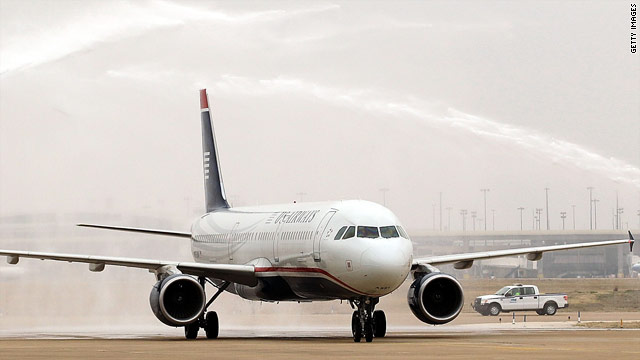 American Sauce: What's in this bill?

Capitol Hill (CNN) - Democrats call it a "jobs bill."  Republicans are using it to restage the health care debate. We here at American Sauce feel that, perhaps, we should talk about what's actually in the FAA authorization and modernization bill on the floor of the Senate this week.

- The Federal Aviation Administration has lived hand-to-mouth since 2007, working off a series of 17 temporary extensions cobbled together by Congress.  The latest authorization ends March 31.

- This the first major spending legislation of the new Congress, setting maximum spending levels for the Federal Aviation Administration (a separate appropriations bill would allocate the money).  It opens up tens of billions in possible spending.

Here's what American Sauce saw when we read the bill. Things that the pack might miss:

- New Nevada Airport:  The bill paves the way for construction of a new airport in the southern part of Majority Leader Harry Reid's home state.  S. 223 conveys federal land over to Clark County, Nevada (pending FAA approval of airport plans), setting up what the state argues would be a relief airport to Las Vegas' McCarran International.

- Earmarks: At the tail end of this legislation sit provisions reclaiming money from unused DOT earmarks of the past.  The bill also requires the Office of Management and Budget to look for unused earmark money every year and report the funds by agency and earmark. Not earthshaking, perhaps, but a significant change in how the feds look at/look for money.

- Studies, Reports and Report on Reports: The bill mandates that the FAA must complete a report, every two years, on the number of unnecessary or antiquated reports it must file.  Which has a certain irony because this bill also requires the FAA create 14 new reports, 13 studies, one review, one committee, one task force, one oversight board and one new working group