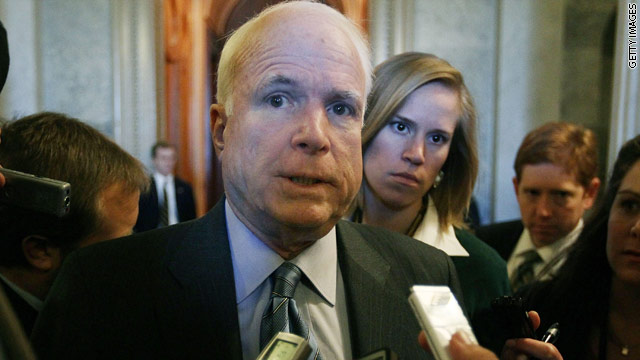 McCain now calling for Mubarak to step down

"The rapidly deteriorating situation in Egypt leads me to the conclusion that President Mubarak needs to step down and relinquish power," said McCain, the top Republican on the Senate Armed Services Committee.

The Arizona senator said in a statement that while he believes the Egyptian Army is the "only institution in Egypt that can restore order," he fears that doing so "on behalf of President Mubarak would only escalate the violence and compromise the army's legitimacy."

McCain is urging Mubarak to transfer power to a "caretaker administration" that includes "Egypt's military, government, civil society and pro-democracy opposition," to lead to free and fair elections, now scheduled for September.

McCain's close Senate ally Lindsey Graham, R-South Carolina, said Tuesday he believes it is time for an interim government, but until now both men had been reluctant to call for Mubarak to go.

Now, McCain is saying that "the greatest contribution that President Mubarak can make to the cause of democracy in his country is to remove himself from power."