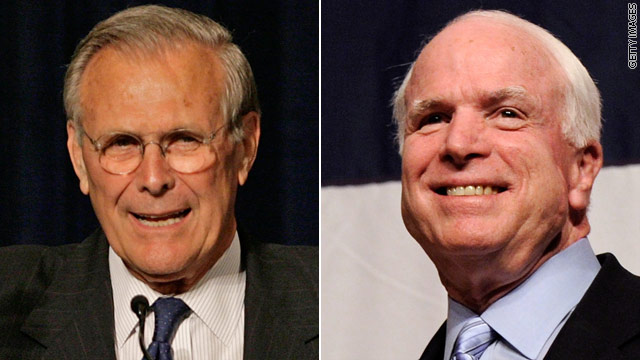 (CNN) - The McCain-Rumsfeld feud continues with new jabs on both sides, fueled by the release of the former defense secretary's new book.

Quoting from Rumsfeld's upcoming book "Known and Unknown" during an interview on ABC's "Good Morning America," George Stephanopoulos asked McCain to respond to the charge that he has a "hair-triggered temper" and "a propensity to shift his positions to appeal to the media."
END_OF_DOCUMENT_TOKEN_TO_BE_REPLACED

(CNN) - President Barack Obama gave an unusually personal speech about his religious faith on Thursday, saying that "it is the biblical injunction to serve the least of these that keeps me going and keeps me from being overwhelmed," in address to a prayer breakfast in Washington.

The speech, delivered at the National Prayer Breakfast, comes on the heels of public opinion surveys that show only a minority of Americans know that Obama is a Christian and that a growing number believe he's a Muslim. 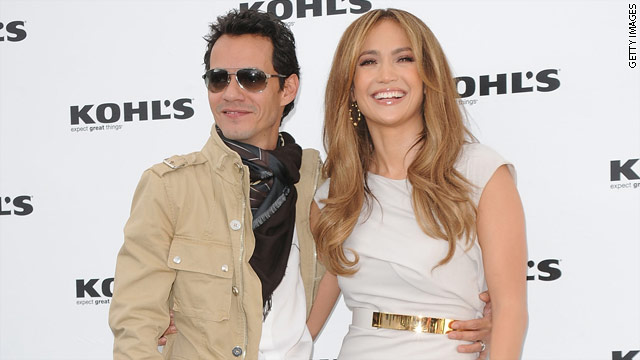 "American Idol" judge Jennifer Lopez and her Grammy award winning husband, singer Marc Anthony, will be at the White House with the first family for the football event, CNN confirmed with her publicist.
END_OF_DOCUMENT_TOKEN_TO_BE_REPLACED 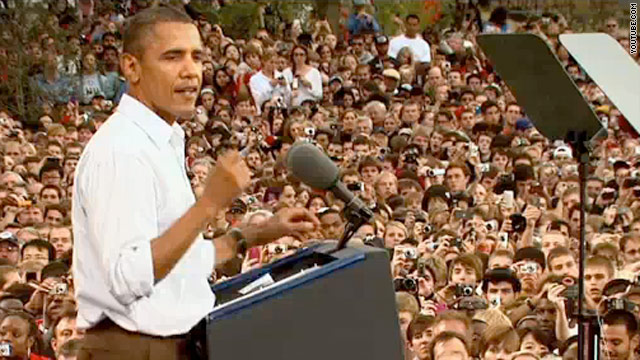 Poll indicates plenty of work for Obama in Florida

Washington (CNN) - If the latest poll numbers are any indicator, President Obama may have work cut out for him in the Sunshine State.

A Quinnipiac University poll of 1,160 registered Florida voters was released Thursday, and it appears the swing state is divided over how well the president is doing his job. While 47 percent of voters give Obama a favorable job approval rating, 49 percent disapprove. Furthermore, a slim 48 percent majority say the president does not deserve a second term, compared to the 45 percent who say he does.
END_OF_DOCUMENT_TOKEN_TO_BE_REPLACED 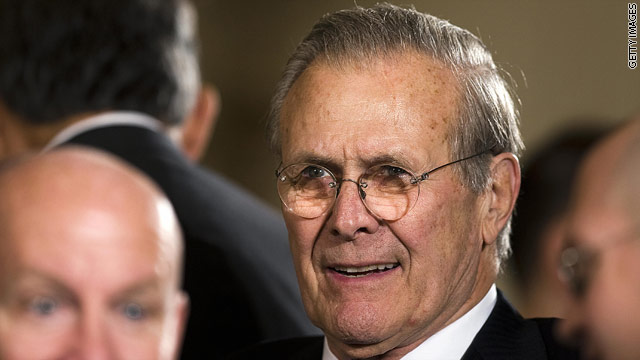 Rumsfeld says blame to go around on Iraq

(CNN) – In his upcoming memoir, former Secretary of Defense Donald Rumsfeld describes a Bush administration marred by chaos and disorder during the months leading up to the Iraq War – the prime reason, he says, why the postwar transition was so poorly planned.

"There were far too many hands on the steering wheel, which, in my view, was a formula for running the truck into a ditch," writes Rumsfeld in Known and Unknown, which is set to hit bookstores next week. Advanced excerpts were first obtained by the New York Times and Washington Post.
END_OF_DOCUMENT_TOKEN_TO_BE_REPLACED 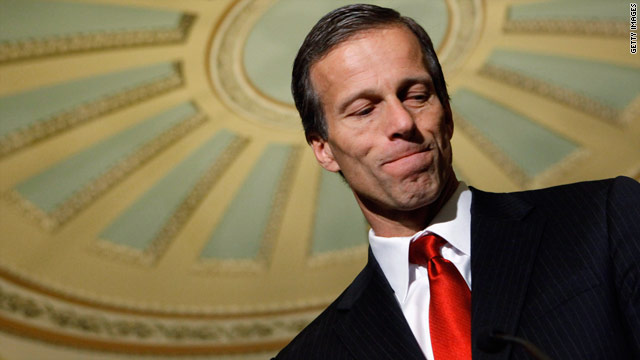 (CNN) – He has been flirting with the possibility of running for president for months, but South Dakota Sen. John Thune appears to be leaning towards staying put in the Senate.

In an interview with Politico, Thune – the only senator thought to be considering a run for president – noted the difficulties of running for president while adequately maintaining a day job – a challenge many of the other likely candidates will not have to deal with this year
END_OF_DOCUMENT_TOKEN_TO_BE_REPLACED 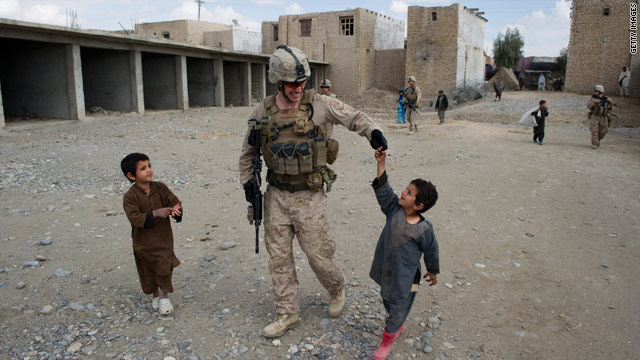 Capitol Hill (CNN) - Today the 112th Congress holds its first hearing on the Iraq War. The conflict that drove the headlines three years ago is now barely on the media radar. Many Americans who recognize Gen. David Petreus' name now draw a blank if asked to list his two successors.

As the world watches Egypt and the Middle East and as the Senate Armed Services Committee hears from the current U.S. commander in Iraq, American Sauce brings you a quick look at key names and figures.
END_OF_DOCUMENT_TOKEN_TO_BE_REPLACED

Washington (CNN) - Few groups have the clout to convince senators and members of the House to leave Capitol Hill, for a few hours, to personally address their concerns and gripes.

But as the Tea Party movement flexes its political muscle, it appears it has sway with some lawmakers - even as some Americans express reservations about the movement.
END_OF_DOCUMENT_TOKEN_TO_BE_REPLACED