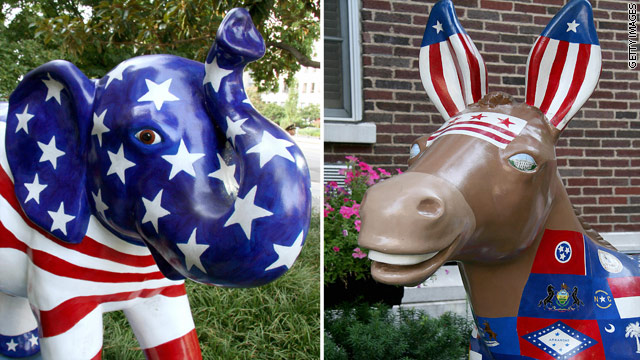 (CNN) - The conservative group Crossroads GPS is going up with radio ads defending 19 congressmen who were the focus of Democratic Congressional Campaign Committee efforts earlier this week.

Each spot uses the same language substituting the names of different congress members.

"Pelosi's gang attacked Sean Duffy for trying to fix the budget mess Pelosi created," one of the ads says that's running against the freshman Rep. from Wisconsin. "We stand with Sean Duffy, not Nancy Pelosi's politics of spend and smear."

Crossroads GPS is a 501 (c)(4) affiliated with American Crossroads, the brainchild of Republican strategists Karl Rove and Ed Gillespie. They are spending approximately $90,000 between Thursday and Tuesday.

"Today we launched issue ads to frame the debate and set the record straight: Nancy Pelosi's big spending bailout agenda put the country trillions into debt – and these new members of Congress are working to clean up the mess," Crossroads spokesman Jonathan Collegio said in an e-mail.

Crossroads spent millions in the 2010 midterm elections, contributing to the Republicans' take back of the House.