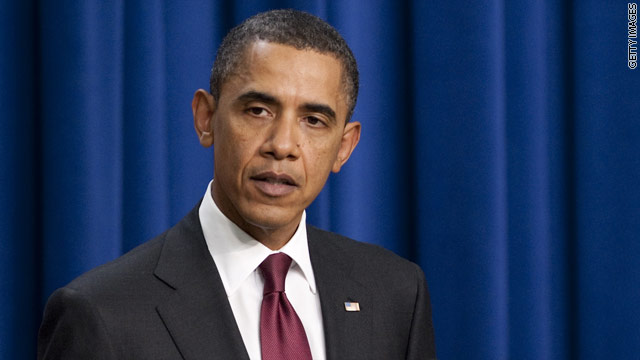 (CNN) - President Barack Obama said Sunday that the future of Egypt is in the hands of its people, and that their options consist of more than the current situation or the Muslim Brotherhood.

In an interview that aired before the Super Bowl, Obama stressed that the opposition Islamist umbrella group is only one faction in Egypt.

Obama said he's confident Egypt can have an orderly transition process that leads to a representative government "we can work with together as a partner."

Sunday marked the 13th day of protests in Egypt as demonstrators continue to demand change. Egyptian President Hosni Mubarak said he will not seek re-election when his term is up in September, but when asked if Mubarak will step down before then Obama said the United States can't dictate Mubarak's actions.

Although the crisis in Egypt has monopolized attention in recent weeks, Obama reiterated the theme of his State of the Union Address, saying he's focused on how to "win the future," but that doesn't mean he's "moving to the center."

"I'm the same guy and my practical focus, my common sense focus right now is how do we out-innovate, out-educate, out-build, out-compete the rest of the world," Obama said. "How do we create jobs in the United States of America, how do we make sure that businesses are thriving, but how do we also make sure that ordinary Americans can live out the American dream because right now they don't feel like they are."