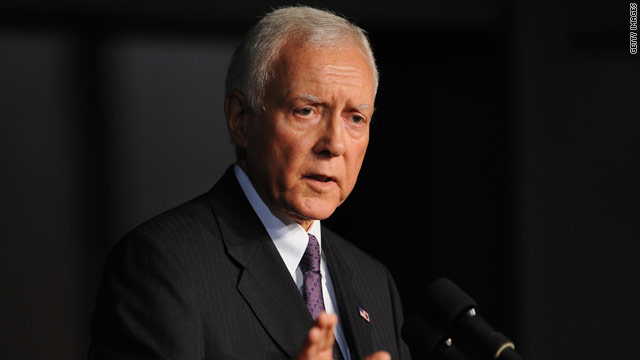 Washington (CNN) - Might he be thinking: If you can't beat them, join them – at least for a meeting?

Sen. Orrin Hatch will appear at the event, on Tuesday, that's being billed as the first of its kind.

That's all the more interesting given two facts: Hatch's name was not on the press release, sent out last week, promoting the event. And as Hatch pursues a seventh term, there's speculation that Tea Party activists may try to do to Hatch what they did to his long-term colleague from Utah: oust him.

Former Senator Bob Bennett's ouster from the Senate came partly at the hands of activists. His replacement is Sen. Mike Lee, currently a favorite of the movement. Lee's name was on the original event announcement.

Some Tea Party activists have leveled the same complaints against Hatch as they did against Bennett: that they're uncomfortable with Hatch's history of reaching across the aisle to work with Democrats.

Though the Tea Party Express can't speak for all the movement's activists, it has recently tamped down the idea that it will try to push Hatch from office.

The group's chief strategist has told CNN it has no plans to target Hatch.

But Russo added: "We haven't made any judgments yet about any Senate races."