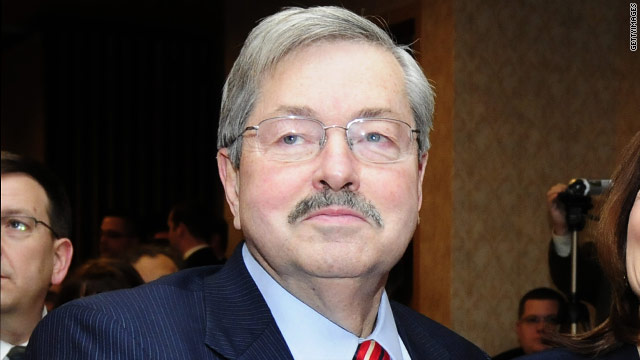 That's the message Republican Gov. Terry Branstad is delivering to potential presidential candidates who may be tempted to take a pass when it comes to competing in the first-in-the-nation Caucus state where organization can be exceedingly expensive and complicated.

"The first real contest is the Iowa Caucuses and I would certainly urge candidates not to take that for granted," Branstad told Radio Iowa."And those that have in the past I think have regretted it."

The advantages of skipping Iowa are certainly tempting in terms of saved resources and the fallout from a poor showing. But that strategy proved to be a poor one for Rudy Giuliani in 2008, who after skipping both Iowa and New Hampshire was viewed as an also-ran by the time other primaries rolled around.

Conversely, many think Hillary Clinton would have been a better position had she chosen not to compete in Iowa and focus solely on New Hampshire and other early primaries. Instead, Clinton invested heavily in Iowa in 2008 and placed third - a showing that nearly proved fatal for the then-New York senator.

Branstad's comments came a day after Illinois Republican Party announced they plan to hold a state-wide straw poll in November, three months before the Iowa Caucuses. Though the results will be non-binding, candidates could be tempted to divert resources that Midwestern state instead of Iowa.