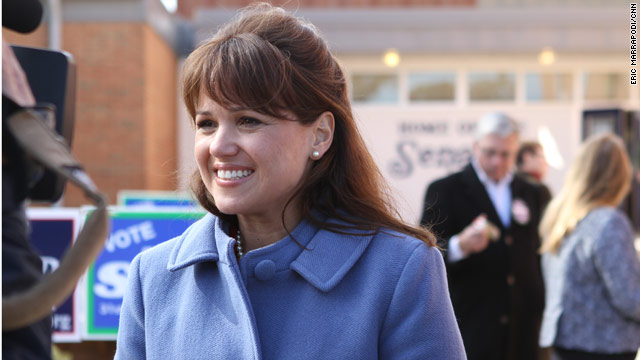 Delaware candidate Christine O'Donnell, who captured the political world's attention after her upset victory against Rep. Michael Castle in the primary, sent an email Tuesday to supporters detailing the beginning of her political action committee, ChristinePAC, and asking for donations.

Colorado's Ken Buck is also forming a non-profit group. "Balance America" will be dedicated to state-based research, education and leadership to push an amendment to the U.S. Constitution requiring a balanced budget, Buck said in a statement.

O'Donnell, who was very successful fundraising following her surprise primary win, was also the subject of much ridicule for some of her talk show appearances years ago. She was soundly defeated by Democrat Chris Coons in the general election.

Her current email pitch lashes out at the establishment for attacking her: "I'm determined not to let them destroy our movement. If I stand alone, though, I'm no match for the liberal media and the political establishment. But, with us standing together to fight, they don't have a chance!"

"A strong ChristinePAC will enable me to counter the liberal-controlled GOP establishment in upcoming Congressional Primaries. Remember, for primary challengers to win, conservatives need (sic) to start organizing now in 2011 – or else candidates who reflect our values won't be able to run an effective 2012 campaign."

O'Donnell doesn't directly mention the ongoing investigation by the Justice Department and the FBI concerning whether she improperly used campaign funds in past elections for personal use. A source familiar with the investigation told CNN in December such a probe was underway. In her email to supporters Tuesday she does note: "You've probably heard about the latest smear on me." Previously she has denied any wrongdoing.

O'Donnell is currently working on a book about the 2010 election that is scheduled to be published later this year.

In his statement, Buck says his non-profit group will organize and train activists in all 50 states to help push ratification.

"After the last election many DC politicians have finally jumped on the BBA (Balanced Budget Amendment) bandwagon and that's great. We'll take it. But the solutions to our nation's problems don't come from Washington, they come from grassroots Americans working to overcome the mess DC has started," Buck said.

Buck, who won a primary race against a more establishment candidate, lost to incumbent Democratic Sen. Michael Bennet in the general election.

"Colorado's grassroots and I were certainly not happy about barely losing my race last year. But now that's less important compared to the real danger of national financial ruin unless we take back our future from those who are squandering it," Buck said.