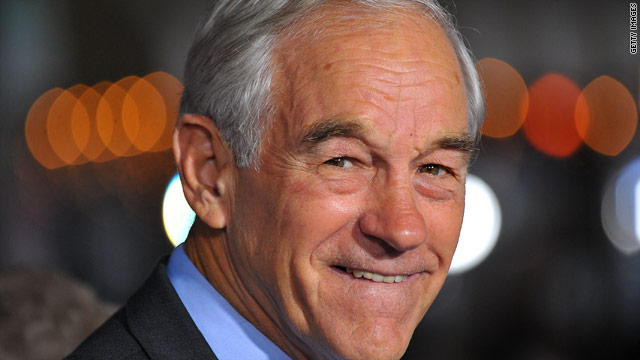 Washington (CNN) - Will Ron Paul make another bid for the White House?

A senior adviser to the 12-term representative from Texas says it's a strong possibility.

"Congressman Paul is very pleased with his strong national organization and flattered by his growing national profile. He is strongly considering a presidential run and is assessing all of his political prospects," Paul Political Director Jesse Benton tells CNN.

An influential pro-family social conservative group in Iowa, the state that goes first in the presidential caucus and primary calendar, announced Monday that Paul accepted an invitation to speak next month at a presidential lecture series.

The organization, The Family Leader, says their presidential lecture series, which former Minnesota Gov. Tim Pawlenty kicked off Monday, will be held monthly through August, and adds that the primary purpose "is to provide prominent national figures with a pre-planned, full day in Iowa to introduce them to Iowans and to allow citizens an opportunity to become better informed on his or her pro-family vision."

If Paul does run, it would be his third bid for the White House. He ran as a libertarian presidential candidate in 1988 and in the last cycle he made a bid for the GOP nomination. A new CNN/Opinion Research Corporation survey released Tuesday indicates that 7 percent of Republican and independent-leaning Republicans say they would like to see Paul as their party's nominee.