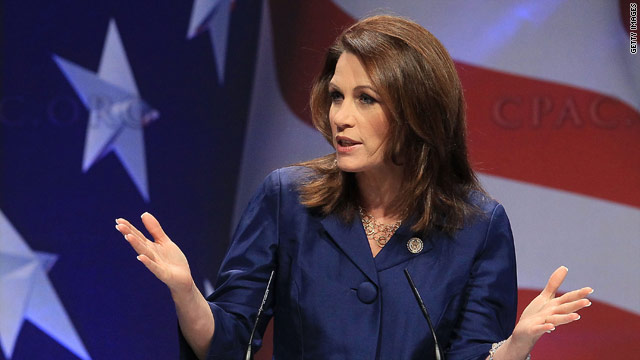 Washington (CNN) - Tea Party favorite Michele Bachmann of Minnesota used her keynote address at CPAC to issue a charge to the ever cheering crowd: "Win the Triple Crown."

"We need to win the Triple Crown in 2012, which is holding onto the House, winning a conservative Senate and oh yeah baby, winning the White House," the Minnesota Republican congresswoman said.

"We must make Barack Obama a one-term president" was the line that received a standing ovation and the biggest round of applause.

She congratulated the group for prying "that big gavel out of Speaker Pelosi's hands," but said a conservative Senate, not just a Republican Senate is the next necessary accomplishment because "your future is personally tied into the results of the next election."

"After this weekend we need to start focusing on step two of taking the country back," Bachmann said. "As much as we're patting ourselves on the back this weekend, now it's step two."