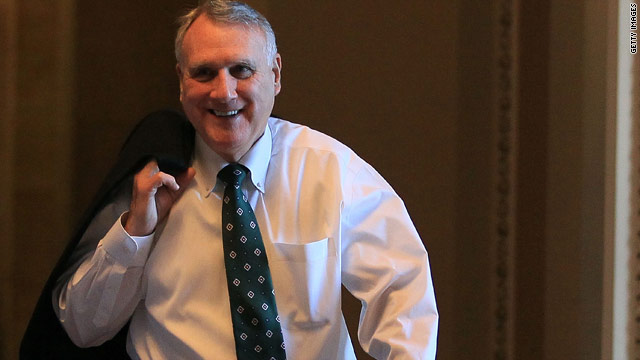 Washington (CNN) - Sen. Jon Kyl, R-Arizona, the second ranking Republican in the Senate, will not seek re-election for a 4th Senate term, according to two GOP sources familiar with his decision.

Kyl is now the 5th senator to announce he will leave the Senate. His departure will leave vacant a powerful spot in the Senate GOP leadership, and opens new speculation about the future of Sen. John Thune, R-South Dakota.

Thune is contemplating a run for president, but now has the chance to move up and become the Assistant Republican leader, or GOP Senate Whip, if he decides to stay. A Thune source tells CNN he will make his decision by the end of this month.

As for Kyl, Senate Republicans will be losing a fierce partisan and articulate advocate on a wide range of issues. Kyl joins Sen. Kay Bailey Hutchison, R-Texas, Independent Senator Joe Lieberman of Connecticut, and Democratic Senator Jim Webb of Virginia who announced Wednesday he would not run for re-election.

In recent years Kyl has been at the center of debates on everything ranging from interrogation of terror suspects, immigration, and most recently, the New START treaty.

He is known as a tough negotiator – someone Democrats have told CNN in the past they respect but also fear at the negotiating table.

Kyl has also been a leading voice from his perch on the Senate Judiciary Committee, especially when it came to questioning President Obama's Supreme Court nominees.