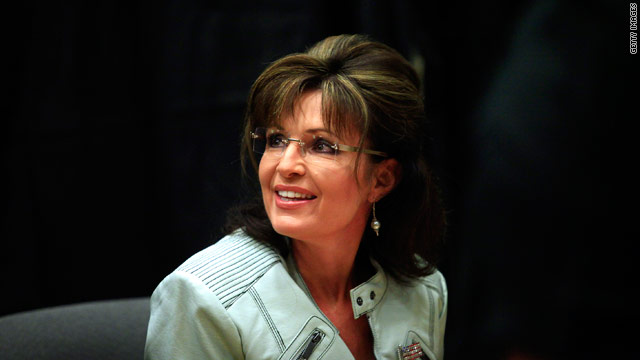 Update: Santorum says he and Palin have spoken privately about the issue and are 'fine.'

(CNN) – Sarah Palin is mixing it up with potential rival Rick Santorum, suggesting the former Pennsylvania senator and presidential hopeful is a "knuckle-dragging Neanderthal."

The eyebrow-raising slap came in response to Santorum's recent comments that Palin was likely skipping an annual gathering of conservatives in Washington this weekend because of other "business opportunities" and her mothering responsibilities.

"I don't live in Alaska and I'm not the mother to all these kids and I don't have other responsibilities that she has," Santorum told conservative online radio host S.E. Cupp in comments that some commentators called sexist.

"Just because I'm a mom that does not mean that I didn't want to be there," Palin responded on Fox News Wednesday night. "I'm the proud mother of five…my kids don't hold me back from attending a conference."

"I will not call him the knuckle-dragging Neanderthal," Palin continued. "I'll let his wife call him that instead."

Santorum meanwhile maintains he never meant to insult Palin but was instead merely stating that she is a busy person.

"We've watched every episode of 'Sarah Palin's Alaska,'" Santorum said on Fox Wednesday. "We enjoy it. I know she has obligations to do other things outside of the work she does at Fox. I said I assume she has other things to do."

Both Santorum and Palin are contributors to Fox News.