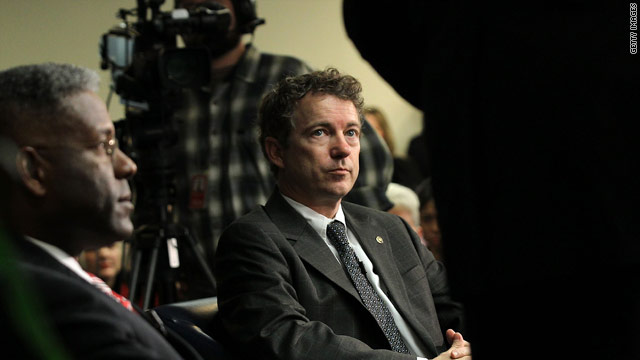 Paul said the country needs to take a "long and hard look" at the military budget, address entitlement reform and abolish the department of education. He also said the proposal by House Republicans to freeze spending at 2008 levels is not enough to address the national debt.

"It's too little, it's not enough, it's too timid and we must be bold," Paul said to an energetic crowd at the annual Conservative Political Action Conference. The conference is particularly important this year because of the number of attendees who are considering a run for president in 2012.

The Tea Party darling told the crowd "you drive the debate" and to "not let up."

"We can maintain exceptionalism but it won't happen lying down," Paul said. "We must choose bold leadership as we go into 2012."