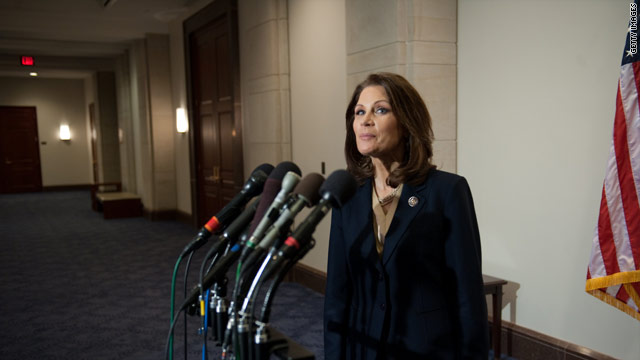 Washington (CNN) - Minnesota Rep. Michele Bachmann told CNN Friday she will visit the first-in-the-nation primary state of New Hampshire "soon" as she explores the possibility of a 2012 presidential bid.

Bachmann spoke only briefly as she walked through the Conservative Political Action Conference with her aides, and offered no further details on the trip. The conference is an annual gathering of conservative activists and is an early testing ground for potential GOP presidential candidates.

Moments earlier, Bachmann had posed for photographs with a New Hampshire Tea Party activist and radio host with a sign bearing the state's motto "Live Free Or Die." Bachmann called it her favorite state slogan.

The conservative firebrand has already visited Iowa and she is slated to make two stops in South Carolina on Feb. 19.