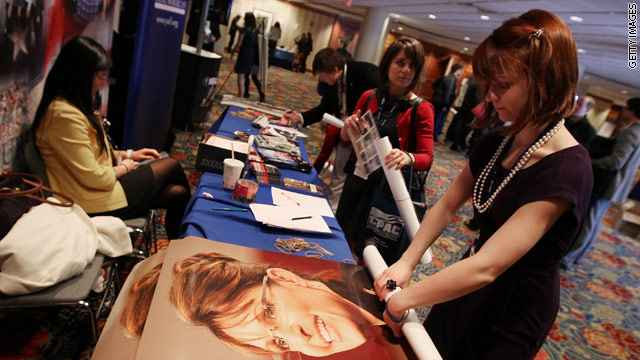 Washington (CNN) - The controversy over the participation of a conservative group of gay and lesbians as part of this year's Conservative Political Action Conference is taking a new twist. Al Cardenas, the new chairman of the American Conservative Union and a prime sponsor of the event, took issue with some comments made by a member of the board of GOProud. Already several prominent social conservative groups had decided to boycott the conference because GOProud was one of about 100 "participating organizations."

"I expressed my disappointment over over their discourse over the last few days. I notice they issued an apology yesterday," Cardenas said calling that "a good start."

GOProud Board Chairman Christopher Barron called Cleta Mitchell, a prominent Republican lawyer and a board member of the American Conservative Union, a "nasty bigot" in an interview talking about the boycott of some groups.

After Cardenas initially raised some concerns Thursday in an interview with David Frum, GOProud Board Chairman Christopher Barron issued a statement saying "For the past six months, we have watched as unfair and untrue attacks have been leveled against our organization, our allies, our friends and sometimes even their families. Everyone has their breaking point and clearly in my interview with Metro Weekly I had reached mine. I shouldn't have used the language that I did to describe Cleta Mitchell and for that I apologize."

As for whether GOProud would be welcome to take part in next year's CPAC, Cardenas was non-committal. "We had a significant waiting list this year for people, for organizations that wanted to be participating organizations. I met quite a few who gave me their card and who didn't want to miss out next year. So actually that is a good problem to have," Cardneas said. "Where we go from here. We are going to start thinking about that after CPAC, not during CPAC."

The conference is the largest annual gathering of conservative activists and with just under a year to go until the start of the GOP presidential caucus and primary season, it's also considered the first major cattle call for possible Republican White House hopefuls.