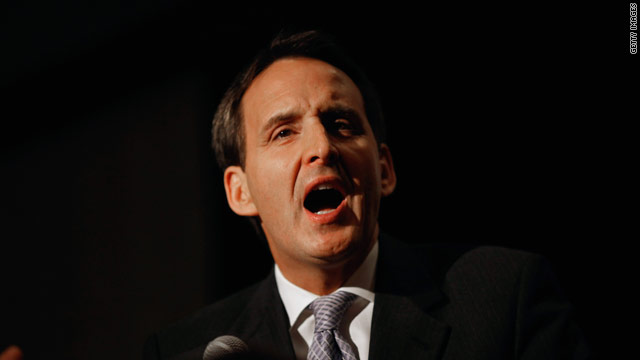 Washington (CNN) - Former Minnesota Gov. Tim Pawlenty, an all-but-declared candidate for the 2012 Republican presidential nomination, accused the Obama administration Friday of "appeasing" the Muslim Brotherhood in Egypt as the country navigates a path forward in the wake of President Hosni Mubarak's resignation.

"Bullies respect strength, they don't respect weakness," Pawlenty said in a speech to the annual Conservative Political Action Conference in Washington. "So when the United States of America projects its national security interests here and around the world, we need to do it with strength. We need to make sure that there is no equivocation, no uncertainty, no daylight between us and our allies around the world."

Pawlenty called it a simple principle that the White House "doesn't seem to understand."

"We undermine Israel, the U.K., Poland, Czech Republic, Colombia, amongst other of our friends," Pawlenty said. "Meanwhile, we appease Iran, Russia, and adversaries in the Middle East, including Hamas and the Muslim Brotherhood.

"Mr. President, with bullies, might makes right. Strength makes them submit. We need to get tough on our enemies, not on our friends. And, Mr. President, stop apologizing for our country," Pawlenty said in one of his speech's biggest applause lines.

"The bullies, terrorists and tyrants of the world have lots to apologize for. America does not."