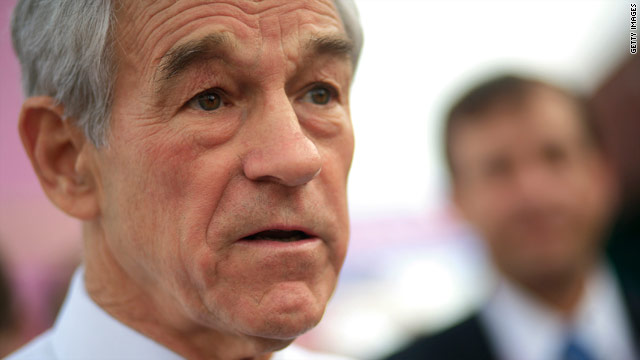 Paul has raised $100,000 in the past 48 hours, Jesse Benton, who serves as the congressman's political director, told CNN.

Paul's PAC, Liberty PAC, had just $73,000 in the bank on Wednesday. Paul is expected to make a decision about whether to run again for the Republican nomination before the summer, said Benton, who added that the congressman is still considering running for the open seat being vacated by retiring Republican Sen. Kay Bailey Hutchison.

Paul, a Republican who promotes libertarian views (he ran as the Libertarian Party's presidential nominee in 1988), has an eclectic group of supporters who range from fiscal conservatives to anti-war activists. Some of the anti-war Paul supporters booed former Vice President Dick Cheney and former Defense Secretary Donald Rumsfeld Thursday during their appearance at the Conservative Political Action Conference.

Paul is one of a dozen potential Republican presidential candidates who are speaking at this annual meeting of conservative activists.

On Thursday, businessman Donald Trump addressed the conference and in his remarks declared that Paul had no chance of winning the presidency. Paul supporters responded by booing Trump.

Paul is not expected to respond in kind when he speaks at CPAC on Friday afternoon.

"We are just dismissing Donald Trump as not a serious person in politics," Benton said.