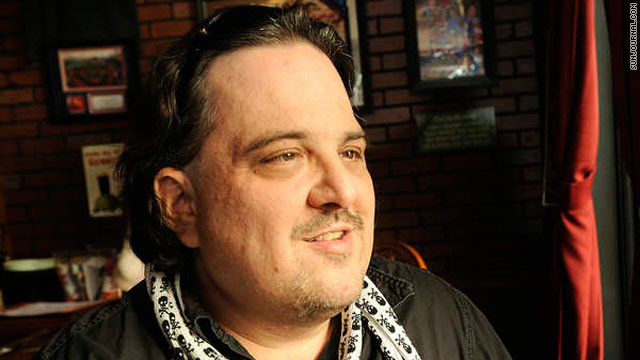 Washington (CNN) - A Tea Party activist, well known in Maine, announced that he will try to oust his state's senior Republican senator.

And now Andrew Ian Dodge is repeating a favorite line of conservatives: "I consider her almost as bad for the country as President Obama."

On Friday, the Tea Party Patriots' Maine state coordinator announced he'd challenge Republican Sen. Olympia Snowe. And yet his words beg the question: Could the same kind of Republican political warfare that burst open in Alaska and Delaware also happen – in Maine?

Dodge was attending the Conservative Political Action Conference in Washington, a gathering of some 11,000 activists, including many potential 2012 presidential candidates. He's a 43-year-old, married freelance writer who's never run for statewide office - but says he's worked as an activist around the world.

After his announcement, Dodge spoke to CNN in a telephone interview. He joins Republican Scott D'Amboise, who previously announced a challenge against Snowe.

Explaining his "almost as bad for the country as President Obama" comments, Dodge said, "Because (Snowe)] basically sells out the Republican party."

"It seems ironic that a candidate who says Sen. Snowe is out of touch formally announces his own candidacy at a conference in Washington, D.C. - away from the people in the State of Maine he says he wants to represent," Richter said. "Looking forward, Sen. Snowe has never taken any race for granted and 2012 is no exception - and she is vigorously preparing in all facets."

Snowe is a moderate Republican who's become the focus of conservative criticism for some of her votes.

Dodge's Tea Party-tinged lines of attack against Snowe are similar to the tactics used in other high-profile races where self-proclaimed "true conservative" Republicans battled those considered "RINOs," or "Republican in Name Only."

And in Alaska, Joe Miller – also backed by Palin and the Tea Party – mounted a long-shot bid against Republican Sen. Lisa Murkowski. Miller beat the senator in the state's GOP primary. But Murkowski mounted a write-in bid and won, albeit after a protracted electoral and legal battle.

For his part, Dodge – a long-shot against the powerful and popular Snowe – said that his brand of conservatism gives him a chance.

"I'm more conservative than she is on fiscal issues. But on social issues, I'm not a social conservative who wants to ban everything that's fun," Dodge told CNN.

Regarding abortion, Dodge explained that he supports a woman's right to choose but believes it's a state's rights issue. He would rather abortion be "rare, safe and secure." And regarding gay rights, Dodge said, "As far as I'm concerned what happens between consenting adults is none of my damn business. And it shouldn't be the business of government either."

Those stances may help Dodge in a state that's voted for a Democrat for president in every campaign since 1988. Other potential factors: on Thursday, the Tea Party Express announced that it has placed the senator on its "2012 Tea Party Target List" because of some of her moderate stances. And Maine's current Republican Gov. Paul LePage partly won with prominent Tea Party support.

But in an interview with the National Review Online, LePage said he would "absolutely" support Snowe, citing deep ties with her family. That threatens to drive a wedge between Maine's Tea Party groups: between those that stand firmly behind LePage versus those that want to oust Snowe.

"If you're supposedly a tea partier – and you support Snowe – you have to really look at what your values are," Dodge told CNN. "There's no way, in any sane world, that a Tea Partier can support Snowe. I mean she is the embodiment of a Republican that the Tea party movement exists to challenge."

As for being a long shot against the senator, Dodge said he'd beat long odds before.

Describing his bout with colon cancer, Dodge said, "In 2007, ... I overdosed on morphine after a colon operation. If I can come back from the dead ... that's a pretty insurmountable thing."