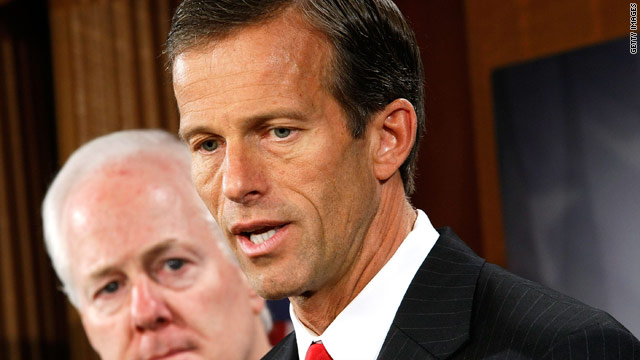 Washington (CNN) - South Dakota Sen. John Thune told reporters Friday that Arizona Sen. Jon Kyl's decision to retire - a move that will shake up the ranks of Republican leadership in the Senate - has "not really" changed his thinking about a possible presidential bid.

But, he acknowledged, "things are changing all the time" that could influence his decision-making process.

Thune is currently the fourth-ranking Republican in the Senate, and could seek a higher position if he passes on a White House run to remain in the Senate.

He has said he will announce his plans by the end of February. Thune said Friday that he is "coming to the final stages" of his decision.

Thune chatted with reporters before addressing thousands of grassroots activists at the annual Conservative Political Action Conference in Washington.

Of the 2012 race, Thune said, "we have been focused on this for a long time, going through the process, trying to determine whether it's the right thing to do." He called it a "gut-level decision."

He said CPAC would give him a chance to test out "whether the things that you're saying connect with the audience."

Thune spent several minutes signing autographs and posing for photographs with a crowd of young conservatives who swarmed him in the lobby of the hotel where CPAC is being held. He told one activist who asked about his presidential thinking: "We're giving it a good hard look."