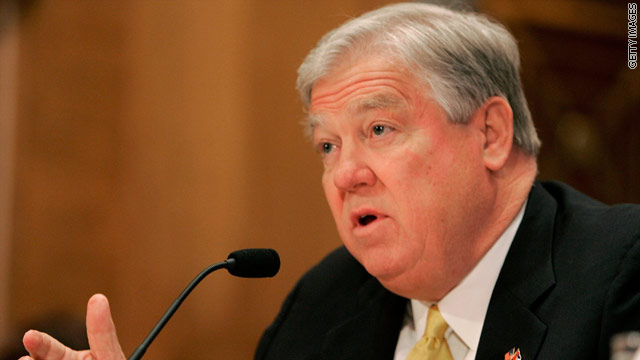 Washington (CNN) - Republican Mississippi Gov. Haley Barbour said his lobbying background would be an asset for the president of the United States.

"I'm a lobbyist and had a career lobbying. The guy who gets elected or the lady who gets elected president of the United States will immediately be lobbying," Barbour on "Fox News Sunday." "That's what presidents do for a living."

The former lobbyist for the Washington-based BGR Group, said the winner of the 2012 election will have to influence Congress, allies and adversaries of the United States, the business community and labor unions.

"Ronald Reagan was the – he was the ultimate lobbyist, the great communicator," Barbour said, who served as a political aide in the former president's administration.

And to those that might be critical of his history he said, "I'm willing to have my record in front of everybody."

"Let me just make this very plain. I'm a lobbyist, a politician, and a lawyer. You know, the trifecta," Barbour said.

The former chairman of the Republican National Committee defended his 15th place finish in Saturday's Conservative Political Action Committee straw poll, saying the poll was taken before he spoke at the annual meeting of conservatives. He noted he was in the same position as former Alaska Gov. Sarah Palin and former Arkansas Gov. Mike Huckabee, who also fared poorly. Texas Rep. Ron Paul won the survey with 30 percent and former Massachusetts Gov. Mitt Romney was the runner-up with 23 percent.

Although he said some of the other 2012 candidates - including Palin, Huckabee, Romney and former House Speaker Newt Gingrich - are "good people and all good friends of mine," he is the one with a proven history. He pointed to cuts in the Mississippi budget enacted during his tenure as well as cuts to entitlement programs.