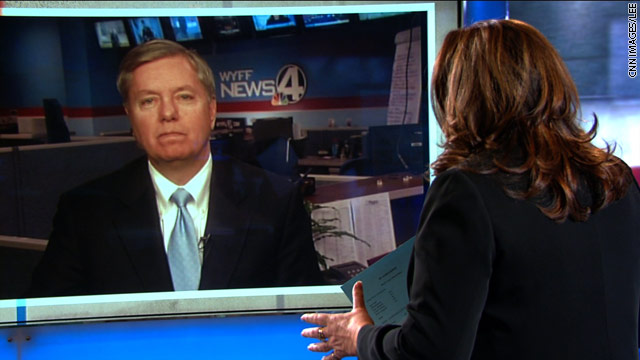 Washington (CNN) - Republican South Carolina Sen. Lindsey Graham said the creation of an Egyptian democracy would have a lasting effect in the region, but advised Egyptians to take their time setting up a new government.

"If the Egyptian people can create a democracy in the heart of the Arab world it will be a more significant contribution to civilization than the great pyramids," Graham said Sunday on CNN's "State of the Union."

Click to watch video
However, if they rush to accomplish their goals by September – when elections were set to occur - Graham said he worries Islamist groups will take hold of the region.

The Muslim Brotherhood is an opposition Islamist umbrella group that is officially banned but tolerated in Egypt. A spokesman for the group told CNN that his organization trusts Egypt's new military leadership to transition to a free and open democracy. Essam El Erian said that the Muslim Brotherhood, which has vowed not to field a presidential candidate, expects to be represented in a new parliament but does not expect to win a majority of seats.

Egypt's Hosni Mubarak stepped down from the presidency Friday following nearly three weeks of protests. The military government will lead the country for six months or until elections are held.

Graham, who serves on the Senate Armed Services Committee, said the potential in Egypt is great but, if reform fails, "who knows where it ends, what kind of forces does it unleash in the Mid East, so you get one chance to get this right."

His advice to the protesters was to "go slow" and "form political parties."