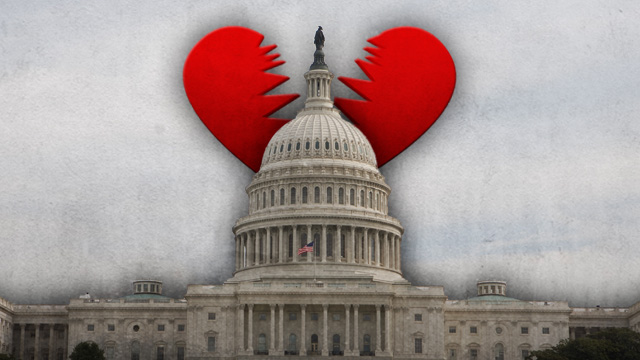 American Sauce: love and hate at the Capitol

Capitol Hill (CNN) – Washington is celebrating this Valentine’s Day by launching what may be the bloodiest, most eyeball-scratching and character-demeaning battle of the next year: the fight over spending.

So on this tricky holiday, we at American Sauce look at (and question) love and hate at the Capitol.  Things may not be quite as partisan as you think.  And, we pull off a semi-historical event: American Sauce brings together the modern-day kin of Charles Sumner and Preston Brooks. Who? If you don’t know, it’s quite a story.

We are keeping this simple; perhaps the way St. Valentine intended things before greeting cards and dating websites made it nearly impossible to enjoy his holiday.

How Much Hate and Love?: We look at exactly how partisan Congress is… or isn’t.  And we lay out some places of agreement.

Political Dating Game: We introduce you to three new members of Congress to watch.