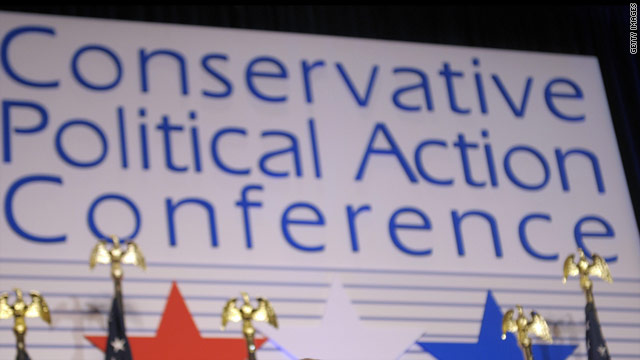 Washington (CNN) - The Democratic National Committee is out with a new web video Monday that takes aim at several of the positions advocated last week at the Conservative Political Action Conference, the high-profile gathering that serves as an early proving ground for GOP presidential hopefuls.

The 90-second video called "Past Versus Future" highlights positions as abolishing the Department of Education and the Environmental Protection Agency, repealing the health care law, and allowing people to opt out of social security. It then transitions to Democrats – including President Obama – advocating for innovation, education initiatives and job creation.

"While President Obama and Democrats are fighting to win the future by out-educating, out-innovating and out-building the rest of the world, the Republican Party on the other hand, as evidenced by its luminaries who spoke at CPAC and what they had to say there, wants to re-fight past battles and have no ideas for creating jobs or making America more globally competitive," said DNC Communications Director Brad Woodhouse.