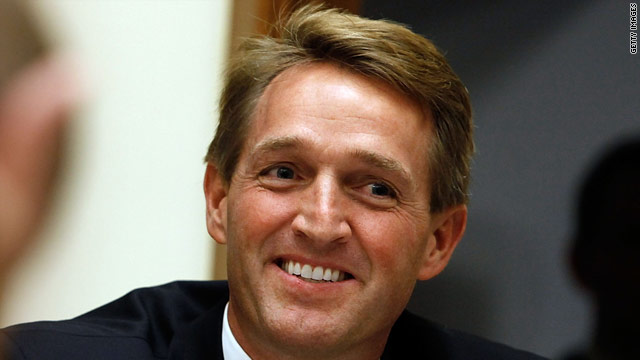 The three-term Kyl, the second ranking Republican in the Senate, announced Thursday that he would not run for a fourth term next year.

Flake, a six term congressman, represents Arizona's six congressional district, which is just to the southeast of the Phoenix-Tempe metropolitan area. Flake is expected to kick off his Senate bid at the same Phoenix hotel where Kyl last week announced his retirement when his current term ends.

After Kyl's announcement last week, the Club for Growth encouraged Flake to run for the Senate, calling him "one of America's most vocal champions for limited government and economic liberty. He is the perfect successor to Jon Kyl in the Senate."

The Club for Growth is a fiscally conservative organization that endorses and contributes to Republican candidates.

The most recent Federal Election Commission report shows Flake with a over $627,000 cash on hand, a pretty healthy warchest to begin a campaign.

Former GOP Rep. John Shadegg was also considered another contender for Kyl's seat, but he said on Friday that he would not run. Other possible Republican candidates include Rep. Trent Franks, Maricopa County Sheriff Joe Arpaio and state Senate President Russell Pearce.

Democratic Rep. Gabrielle Giffords had been contemplating a run for Senate before she was shot last month, Democratic sources last week confirmed to CNN. One Democratic congressman told CNN he talked to Giffords about it before the shooting, and says she was "very interested in the possibility of running for the Senate."