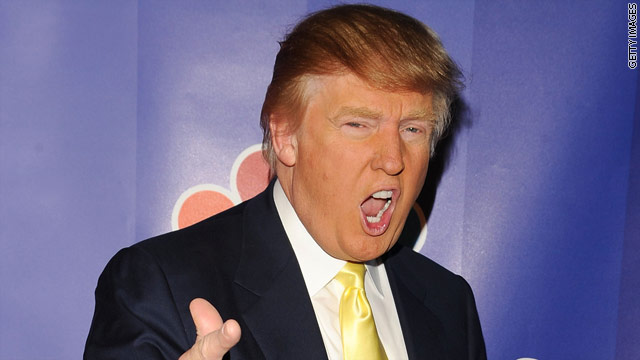 Trump keeps up the digs

(CNN) - Real estate mogul Donald Trump continued to stoke the fire Monday, responding to Rep. Ron Paul's criticism of the billionaire as someone who has never run for office.

During a speech at the Conservative Political Action Conference Thursday, Trump said the Texas Republican was an "unelectable" candidate for president. In an interview on CNN's "American Morning" Monday, Paul countered that he has won 11 elections.

"I don't know how many elections he's (Trump) won so far himself," Paul said.

Monday on CNN Trump countered that he's never won an election because he has never run.

"But I've employed thousands and thousands of people," Trump said. "I've made billions of dollars, which if I ever decided to run, which is a possibility frankly, I would make lots of money for the American people."

The reality television star, who is considering a run for president, said he thinks Paul is a "great guy" but has "zero chance of being elected."

Paul ran unsuccessfully for president in 1988 and 2008 and won the CPAC straw poll Saturday with 30 percent of the vote.

If Trump were to win the election in 2012, he said his first action would be imposing a 25 percent tax on Chinese products to make sure the Chinese government is "treating us fairly."