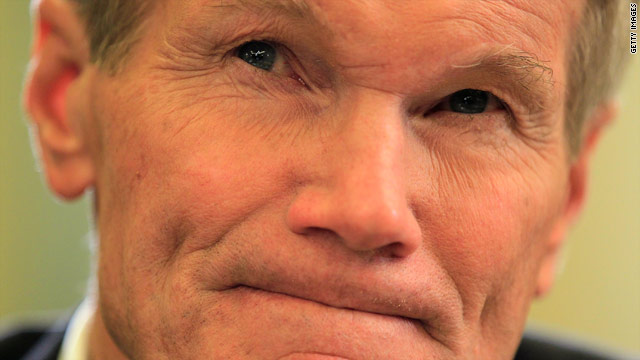 POLL: Nelson under 50 percent in 2012 showdowns

The two-term Nelson is under the 50 percent mark against possible Republican challengers in five 2012 hypothetical general election matchups, according to a survey commissioned by Ron Sachs Communications and conducted by Mason-Dixon Polling and Research.

The poll indicates former Florida Gov. Jeb Bush leading Nelson 49 to 41 percent among Sunshine state voters. But Bush is not considered a likely candidate for the Senate.

In a possible matchup between Nelson and Rep. Connie Mack, Nelson is ahead by a 45 to 40 percent margin. In a hypothetical general election showdown between Nelson and former Sen. George LeMieux, Nelson leads 49 to 35 percent. Nelson is also ahead of state Senate President Mike Haridopolos 48 to 25 percent and leading state House Majority Leader Adam Hasner 46 to 22 percent.

"Bill Nelson will clearly have a much more difficult path to victory next year than he had in 2006," says Mason-Dixon Managing Director Brad Coker. "The fact that Sen. Nelson currently can't crack 50 percent against any GOP challenger in a head-to-head match-up, including several lesser-known lawmakers, is a clear sign of vulnerability."

The Ron Sachs Communications/Mason-Dixon Polling and Research survey was conducted Feb. 9-10, with 625 Florida registered voters questioned by telephone. The poll's overall samping error is plus or minus 4 percentage points.