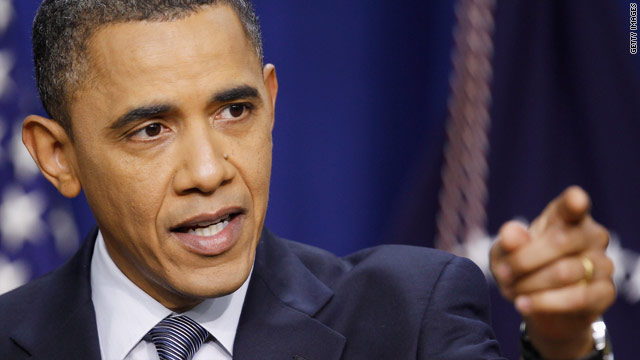 President has veto, will use

(CNN)-President Barack Obama issued a veto threat Tuesday, following the introduction of a controversial spending bill last week. The bill is a continuing resolution that would fund federal government for the rest of the fiscal year and includes $100 billion dollars in spending cuts promised by House Republicans.

In a statement, the Obama administration affirmed that it is "committed to cutting spending and reducing the deficit so that current government spending does not add to the debt." But it also makes clear that it "does not support deep cuts that will undermine our ability to out-educate, out-build, and out-innovate the rest of the world," terms that sound familiar to those following the president's recent speeches.

Listing concerns that the bill would "sharply undermine core government functions and investments key to economic growth and job creation," the administration also denounced it as stripping the Defense Department of "resources and flexibility needed to meet vital military requirements."

If this bill is passed by both houses and reaches the president's desk, the administration left no uncertain terms about what will happen next.

"If the president is presented with a bill that undermines critical priorities or national security through funding levels or restrictions, contains earmarks, or curtails the drivers of long-term economic growth and job creation while continuing to burden future generations with deficits, the president will veto the bill," according to the statement.
House Republicans are expected to bring the spending bill to the House floor for a vote this week. The current spending bill that keeps the government running is set to expire March 4.