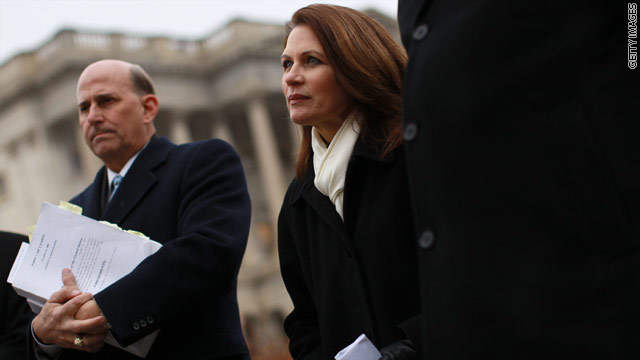 Washington (CNN) - Rep. Michele Bachmann will visit New Hampshire on March 11 and 12. It will be the Minnesota Republican's first visit to the first-in-the-nation primary state of this 2012 presidential cycle.

CNN has learned details of the potential presidential candidate's travels.

Bachmann's visit will be limited to Manchester. On Friday, she will attend meetings with Republican officials, among other things.

But Saturday features what has been described to CNN as the main event.

Bachmann, a darling of the Tea Party movement, will start the day at a breakfast event in Manchester, followed by meetings and a brunch. But the primary purpose of the trip is Bachmann's attendance at a fund-raiser for New Hampshire's Republican Party.

The congresswoman's visit to the Granite State is sure to garner heavy media attention, both local and national. Bachmann has publicly said she is weighing a presidential bid.

This weekend she heads to the early primary state of South Carolina. She recently visited Iowa, the state that's slated to start the GOP nominating process in February.