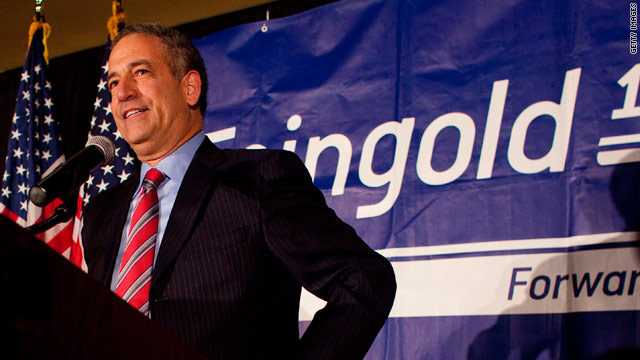 Washington (CNN) - Russ Feingold, the former liberal senator and icon of the left who was defeated last November, is taking steps to ensure he still has a voice in the progressive movement.

Launching a political action committee Wednesday called Progressives United, Feingold says in a web video that his group will "work to ensure that our elected officials, both Republicans and Democratic, are held accountable to the people and not to the lobbyists in Washington."

The Wisconsin Democrat, who is also writing a book and teaching a constitutional law class at Marquette Law School, said his group will focus on taking steps to combat the Supreme Court ruling last year in Citizens United v. FEC that lifted federal restrictions on corporate campaign contributions. Specifically, the ruling overturned much of Feingold's signature Senate achievement – the bipartisan McCain-Feingold Act that sought to limit the political influence corporations can wield.

"Progressives United is founded in the wake of that disastrous decision to fight back by empowering Americans to take back their right to free speech and fair elections," the organization's website states. "Progressives United aims to build a massive grassroots effort dedicated to mitigating the effects of, and eventually overturning, the Citizens United decision.